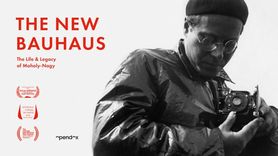 An odyssey through the life and legacy of László Moholy-Nagy, the innovative artist and educator whose pioneering approach to integrating technology into design continues to influence and inspire.

In the 1920s, rising artist László Moholy-Nagy taught at the revolutionary Bauhaus school in Weimar, Germany, alongside luminaries like Paul Klee, Josef Albers, Anni Albers, Gunta Stolzl, Wassily Kandinsky, and Marcel Breuer. An upstart within this esteemed group, Moholy established himself as a visionary, and the approach he developed while teaching became the ethos of his work: training artists to live “happier lives in modernity.”
Forced into exile by the Nazis, Moholy moved to Chicago with his two daughters and his second wife, Sibyl Moholy-Nagy, where he found himself inspired by the sense of re-invention in the city. Initially at the New Bauhaus and ultimately through the Institute of Design, Moholy challenged students to create systemic, human-centered design. Motivated by the challenge of creating within the limitations of the Great Depression and then World War II, Moholy’s embrace of artistic versatility and technological possibility continues to reverberate in the artworld today.

"By the end of the movie, you won’t just admire Moholy-Nagy — you’ll want to be just like him." FORBES 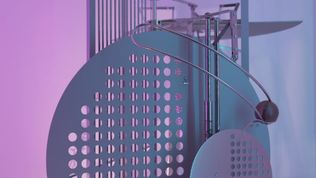 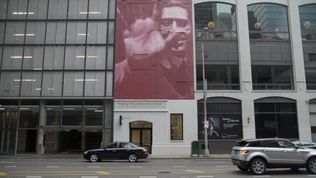 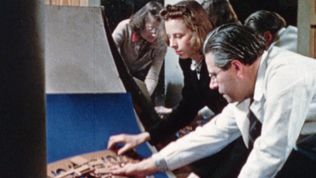 Sorry, item "sidearea" does not exist.